This is undoubtedly the best drone in the world! Functions Phantom and compactness Mavic!

A week ago, the company DJI presented a new drone. Guys, I’ll say right away, this is a very cool drone. So, the new DJI Mavic Air!

The dron turned out to be very compact, even smaller than Spark when folded, but 41% easier than mavic pro. He has a camera with three-axis stabilization, which makes the pictures and camera clearer and smoother in transitions. The camera shoots at 4K resolution and records at 30 fps. Developers also offer six types of fast video shooting: Rocket, Dronie, Circle, Helix, Asteroid, Boomerang. (All these variants were also presented on Spark).

Also, the new mavic has another small, but worthwhile improvement: it received a revised cooling system to prevent the drone from overheating.

Like any drone from DJI, it is stuffed with all sorts of sensors, there are seven of them. Now the drone can track obstacles not only from the front and from the bottom, but also from behind. Also, he can fly around obstacles, and not stop in front of them. According to the producers, the drone sees 20 meters ahead. Another dron has two front legs, so that when the drone lands, the camera does not hit.

About speed: she’s just crazy for a drone-68 km / h! But that’s not pleased, so this is a battery, it holds a charge of just 21 minutes of flight. The maximum height for him is 5 km at sea level.

Also, the drone supports the management of gestures as in Spark. Ah, yes, one more little nice detail: joysticks on the control panel are unwound and can be removed so as not to catch on. Drone is available in three colors: white, black and red. The price for it will be around $ 790. 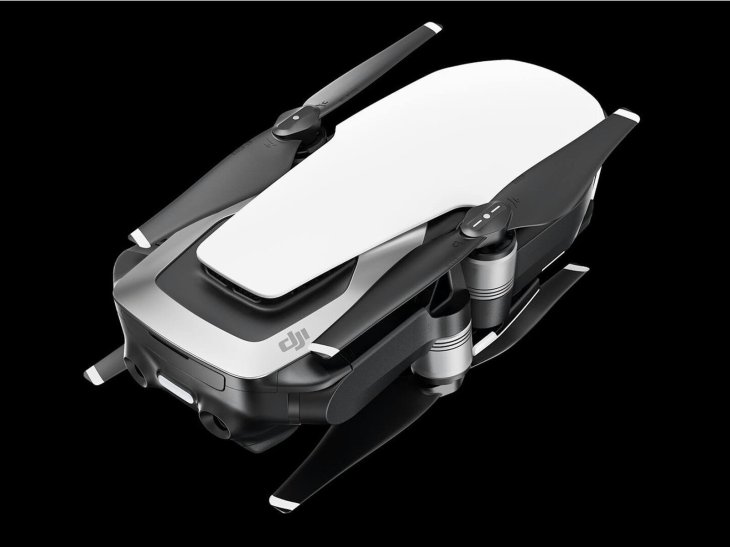 Well, how do you like the drone? For me, it’s just cool! A drone that boasts an excellent camera, compactness and even a few clever tricks, combining all the best from the previous drones. That’s it, this drone is perfect for traveling. He is the best! Even better Mavic Pro 😄😉