​The Skyscraper Capital Gate is a miracle of engineering construction!

​Capital Gate is a unique skyscraper in Abu Dhabi. Its uniqueness lies in the fact that its angle of inclination is 18 °! The height of the building is 160 meters, which made this building one of the highest in the city. A skyscraper was built for 4 years (from 2007 to 2011). It took more than $ 2 billion to build it. The skyscraper was built in a new area of ​​Abu Dhabi, which is also very soon built up in large skyscrapers.
Capital Gate uses the latest environmental technologies: the entire skyscraper is covered with glass that blocks the sun’s rays thereby consuming less electricity for air conditioning. This skyscraper is truly a miracle of engineering. There were a lot of problems with its construction from the core itself, which should keep the whole skyscraper and be practically its base to triangular glasses, which due to special technology bend and adapt to the skyscraper’s design. Now the skyscraper entered the Guinness Book of World Records as a skyscraper with the largest slope in the world. 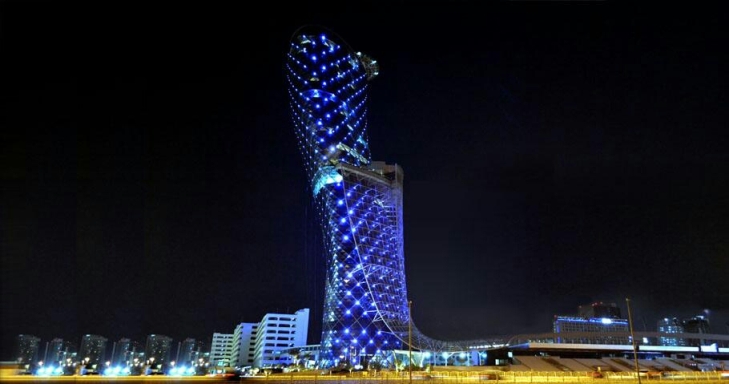 ​The skyscraper should become another of the luxury hotels that will be located on the upper floors, and financial companies on the first. Also at an altitude of 100 meters and protrude from a skyscraper of more than thirty meters there will be a swimming pool and a restaurant. The skyscraper itself has 36 floors. On the roof is a landing pad for helicopters. 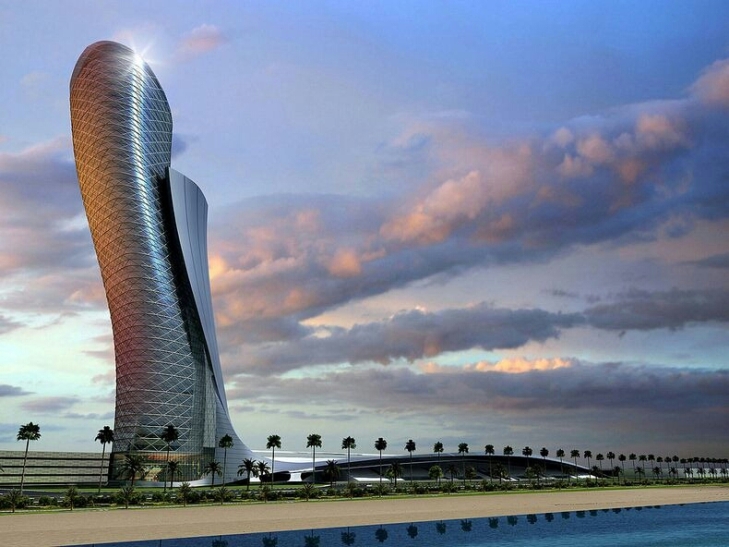 ​Abu Dhabi is the city in which show non-standard solutions and in opposition to all the rules. This is really very good. Capital Gate plans to become a visiting card of this city and its symbol. And how do you like this skyscraper and the general Abu Dhabi? Write in the comments.